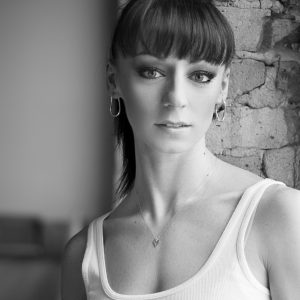 Ms Petrocci, herself a native of Crystal Lake, is proud to be in her fourth season as the Artistic Director for Engage Dance Academy. She performed for more than 10 years with the Milwaukee Ballet, where she was featured in many roles including Clara and the Snow Queen from Michael Pink’s The Nutcracker and Tiger Lily in Michael Pink’s world premiere production of Peter Pan, broadcasted nationally in 2014 on PBS. She has been privileged to be featured in works choreographed by George Balanchine, Jerome Robbins’, Vincente Nebrada, Marius Petipa, Alejandro Cerrudo and Trey McIntrye. She has had the unique pleasure to have original pieces choreographed on her by Nelly Van Bommel, Mauro de Candia, Val Caniparoli, Maurice Causey, Simone Ferro, Mark Godden, James Gregg, Darrell Grand Moultrie, Matthew Neenan, Timothy O’Donnell and Lila York. Having worked with this very talented and diverse group of some of the world’s most prominent choreographers, Ms Petrocci brings with her a very diverse and refined level of performance knowledge in both classical ballet and contemporary genres.

Before embarking on her professional career Ms Petrocci attained her Bachelor of Fine Arts in Dance from the University of Arizona. Her experiences there both prepared her for the successful career that followed but also instilled in her a deep desire to return to academia to complete her Master of Fine Arts in Dance. She was able to achieve this goal while dancing full time with Milwaukee Ballet through the Dance Department at the University of Wisconsin-Milwaukee graduating in August of 2015.

During her time with the Milwaukee Ballet Ms Petrocci was a firm believer that all dancers should take the time to prepare themselves for the transition to a career following their time on stage.  This led her and fellow company members Rachel Malehorn and Marc Petrocci in conjunction with Randall D. Crocker, president and CEO of von Briesen and Roper, s.c. Milwaukee WI, to form the Milwaukee Dancers Fund, a 501c3 non-profit whose mission is to aid Milwaukee Ballet Company dancers financially in their eventual career transition. Ms Petrocci was the former Vice President of Operations of this charitable organization and now sits on the board of directors.

While Ms Petrocci has been teaching dance since 2000, she is regarded as being particularly skilled at preparing her students thoughtfully and meticulously for the demands classical pointe work places on a young artist. She also strongly emphasizes constructive corrections, individual body acceptance, understanding and using proper anatomical placement of the body, quality over quantity, a strong sense of performance and character development, and a positive studio environment where students feel comfortable to push beyond their comfort zones and find themselves through the art of dance.

Ms. Petrocci is an officially licensed teacher of the world renown Progressing Ballet Technique, which only continues to aid in her teaching of the classical technique. She is also in the process of achieving her Pilates teaching certificate through Balanced Body Pilates. Continuing her education and knowledge for dance humbles her as one is never truly the master of this, the body and technique is continually changing and so are the avenues of which one can teach this to students.

Ms Petrocci is beyond proud of all of the students at Engage Dance Academy and loves her job as Owner/Artistic Director, because nothing is more magical than watching young dancers and students learn and grow each day.

Mr. Petrocci is a nationally acclaimed ballet artist and teacher. After spending 13 years with the Milwaukee Ballet, 10 years as one of the Leading Artists of the company, under Artistic Director Michael Pink, Petrocci is the Owner/Artistic Associate at Engage Dance Academy and also head coach of Engage Comp Crew, the studio’s competition team. Mr. Petrocci is proud to teach pas de deux classes, bringing his former colleagues and current dancers from the Milwaukee Ballet down to partner with the students of Engage Dance Theatre, giving the dancers a leading edge in their comprehensive technical training.

His favorite roles include James in La Sylphide, Bugle Boy in Company B, Mercutio in Michael Pink’s Romeo & Juliet and Puck in Bruce Wells’ A Midsummer Night’s Dream. In addition to these roles listed Petrocci had the distinct privileged to have the role of Peter Pan created on him by Michael Pink for its world premiere in 2010, which he then had the pleasure of reprising in 2012, and broadcast nationally on PBS. He has also featured in works by Val Caniparoli, Maurice Causey, Alejandro Cerrudo, Brock Clawson, Mark Godden, Matthew Neenan, Lila York, John Utans, Trey McIntyre and many others. In 2005, Petrocci had the pleasure of dancing with the Trey McIntyre Project’s inaugural season, performing at the Vail International Dance Festival, the Aspen Dance Festival and Jacob’s Pillow, and was featured in the world premiere of Trey McIntyre’s ballet Hymn at the 13th annual Fire Island Dance Festival in 2007.

Petrocci received his formal ballet training under the direction of David Moroni at the Royal Winnipeg Ballet School where he studied full time from the age of 12 until his graduation in 2002. Before graduating, Petrocci was awarded the prestigious Prince Edward Award, honoring his excellence and dedication to the balletic art form. Mr. Petrocci was a proud member of the Royal Winnipeg Ballet’s Aspirant program, commonly known as their second company, before receiving a contract with the Milwaukee Ballet where he launched his to career becoming a soloist in just 3 short years and eventually Principal dancer with one of the top ballet companies in the country.

In his teaching Mr. Petrocci draws on a combination of his early training RWB in conjunction with the diverse group of choreographers, repetiteurs, and Master Teachers he has been exposed to over his career to serve as the foundation for his teaching. Petrocci focuses particularly on proper placement and anatomical understanding of a dancers body in combination with strong emphasis on developing a fluid and articulate Port de Bras. He is also known for having a keen eye for coaching aerial mechanics for both male and female students. 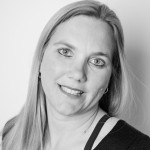 Kym has been dancing for over 20 years. She is equally strong in all areas of dance and has taken many master classes from dancers such as Kenny Ingram, Randy Duncan, Joel Hall and Kirby Reed. She is a Silver Certificate Ball Room dance specialist and has taught at both the Fred Astaire and Arthur Murray studios. She is also an Assistant Faculty Advisor for the Harper College Dance Company, and as such guest teaches at many High Schools.

Currently, Kimberly is the Director of Dance at many Gymnastics facilities and teaches the team girls and boys dance and choreographs competition floor routines. She had been teaching for over 10 years to all ages and abilities, including the Engage Dance Theatre Level 2  students and feels that there is something for everyone to benefit from through dance. 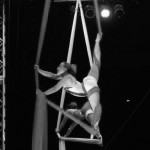 Jessica performed aerial silks, Spanish webs, lyric hoop, wheel gymnastics, and as a unicycle flyer with the Gamma Phi circus for four years in college.  She is currently performing aerial silks, webs and lyra with the runaway circus and forms in motion, while teaching sixth grade in Aurora as a 6th grade reading interventionist, language arts teacher, cheerleading coach, and poms coach.  Jessica also has experience coaching gymnastics, tumbling, and various other circus acts.  Jessica has been active in dance, gymnastics, or circus since she was 5, and she is excited to be teaching at Engage Dance Academy! 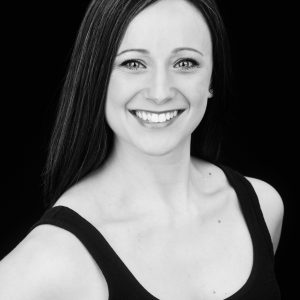 Abby Ellison is originally from Crystal Lake, IL where she began her dance training at the Summers Academy of Dance and performed with the pre-professional company, The Berkshire Ballet Theatre. Abby graduated from Webster University in May 2014 with a BFA in Dance, with an emphasis in ballet and received Departmental Honors. Her Webster performances included choreography by Alvin Ailey company members Antonio Douthit and Kirven Boyd, Kirk Peterson (restaging Antony Tudor’s Dark Elegies,) Amanda McKerrow and John Gardner (restaging Antony Tudor’s Continuo), former LINES dancer Maurya Kerr and Executive Director of Dance St. Louis Michael Uthoff. Her Thodos Dance Chicago performances include choreography by Melissa Thodos, Garfield Lemonius, Ann Reinking, Kevin Iega-Jeff, Brian McGinnis, and Shannon Alvis. Abby has also had the opportunity to showcase her own choreography in The Dancing in the Streets Festival in St. Louis in 2013, the American College Dance Festival at Northeastern Illinois University in 2014, and more recently through the Thodos New Dances Choreography project from 2015-2017. Following her time with TDC, she has continued teaching for their workshops and intensives and recently has performed in their new collaborative New Dances with DanceWorks Chicago. Here at Engage, Abby teaches and choreographs for the Pre Professional Program and is also a co-coach for the Engage Comp Crew competition teams. Abby looks forward to continuing to immerse herself within the dance world and bring her experiences back to her students.

Mandi started taking dance classes when she was 5 years old in her home town, Danville, IL. She studied jazz, tap, ballet, and tumbling at the Laurel School of Dance. At the age of 12 she was asked to be a student demonstrator and by 16 was teaching pre-schoolers to adults. The studio attended several seminars in the Chicago area and won overall high scores every year at competitions.

After receiving her associates in Arts & Science, she moved to the Chicago area to attend the dance program at Columbia College in downtown Chicago. She is currently teaching  Hip Hop and Jazz, rotational classes and Adult tap.

Engage Dance Academy encourages qualified students to learn the art of dance instruction by allowing them the opportunity to train alongside our experienced staff.  Students who show aptitude, interest, and dedication begin their training by assisting instructors in class.  As they become experienced, student teachers are given the opportunity to substitute teach as opportunities arise.